Here are the best Emulators to Play PUBG on Windows PC and Mac that allows you to enjoy your favourite game on the big screen. 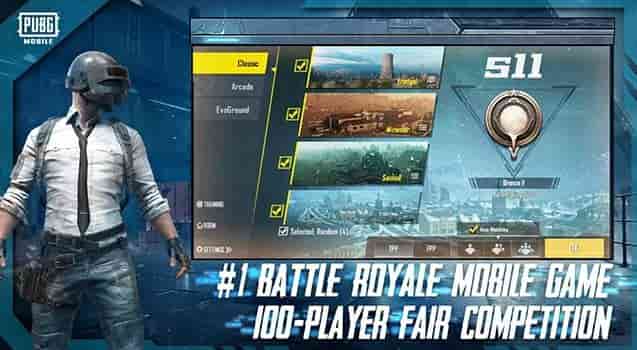 PUBG Mobile is the most trending video game on android and iOS platform. It is an online multiplayer action game with 100 players from all over the world. The game was released on 23 March 2017. After a few days, it got popular because it is very much like a game to players. In this article, you will get the best PUBG Mobile emulator for PC. But first, let me tell you everything about PUBG Mobile and the emulator.

I am a real video game addicted person. Before PUBG Mobile, I used to play Clash of Clans, Mini Militia, etc. online game or rather than an online fighting game. In 2018 I started PUBG Mobile, and the first impression was too good. Still, I play PUBG Mobile for a one or two-hour on a day. But I shift from android to PC.

Do you want to know how I play PUBG Mobile on PC? It is straightforward by installing an emulator. If you install an emulator on PC, you can play most of the android games on it. To play PUBG Mobile, you will need a keyboard and mouse. The manual will help you with movement, jump, peak, supplies pick, etc. The mouse will help you to aim, opening scope, shoot, etc.

In a computer system, an emulator is a software or App which allows using another system as a guest. If you install an emulator on your PC and use an android Apk, the Apk will think you are using an android device. That means the emulator believes the system or the programme that you are using a particular device which is suitable. So, by this method, you can play PUBG Mobile on PC even you don’t have an android.

The primary use of an emulator is to software developers. When a developer makes an android Apk, he has to test on different types of android. But in reality, if you buy android devices for different versions and different brands, it will cost so many. So, a newbie developer can’t afford it. But it can be solved by an emulator.

Just install the emulator in your PC, test your Apk and continue your job. In the emulator, you can get different types of android with different versions. So, it is easier and done on an emulator.

The second most important of the emulator is on gaming. If a gamer wants to play an android game but wants to run on PC, then he can do it by the emulator. The emulator will believe the game that you are using an android device.

Some android game doesn’t have a PC version, so users can’t play the game on PC. Playing a game on a PC is looks professional. So, you can install emulator to play android games.

Some people used to play a PC game like GTA from childhood. So they are comfortable with PC gameplay than android. Some people may don’t have a suitable android device to play games. PUBG Mobile is a very weight game, as you know. In typical and low-end device, the game is not runnable. So by a good performance PC, it can play very well. Here are the benefits if you play PUBG Mobile on the emulator: 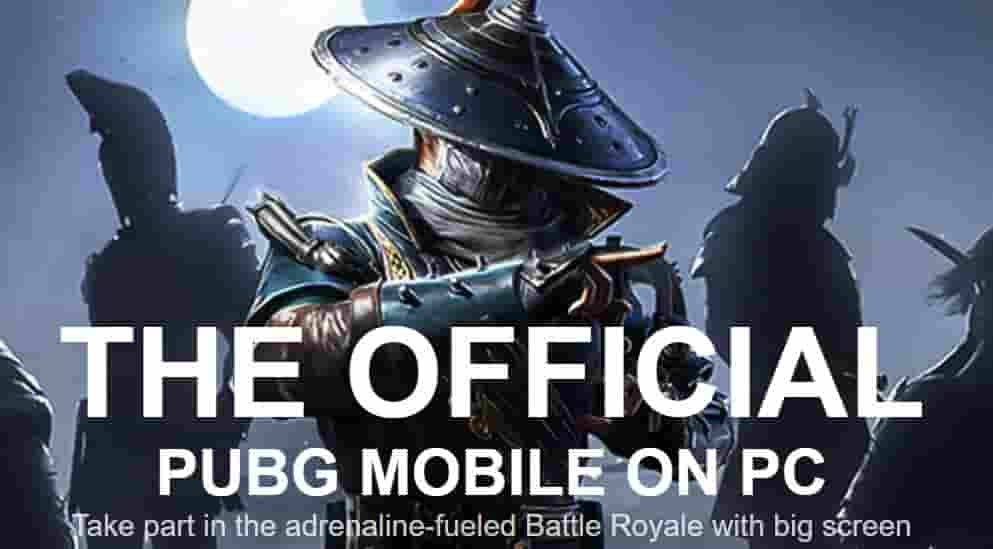 Note: You can Install Tencent Gaming Buddy on windows only.

Install and Use of Tencent Gaming Buddy: 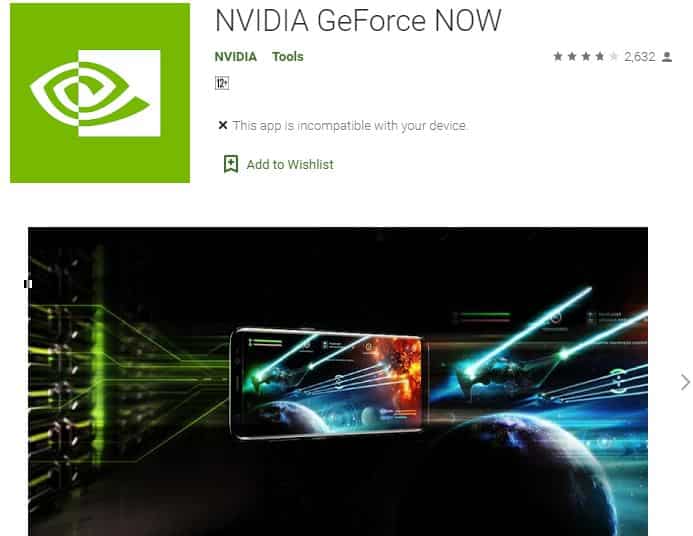 Nvidia GeForce Now is a cloud-based android emulator service which let you play a game like Fortnite, PUBG Mobile, etc. The games served by GeForce server. So the game’s graphics are excellent by itself. You can get a little bit of good graphics quality than other emulators. But Nvidia GeForce Now reduce the load of your PC hardware.

PUBG Mobile has not realized on mac. So it is a better option to install Nvidea GeForce Now on Apple Mac Book and enjoy PUBG Mobile. You have to purchase the emulator to play the game at $30.

Install and Use of Nvidia GeForce Now:

Note: Make sure you have a reliable internet connection on your PC. 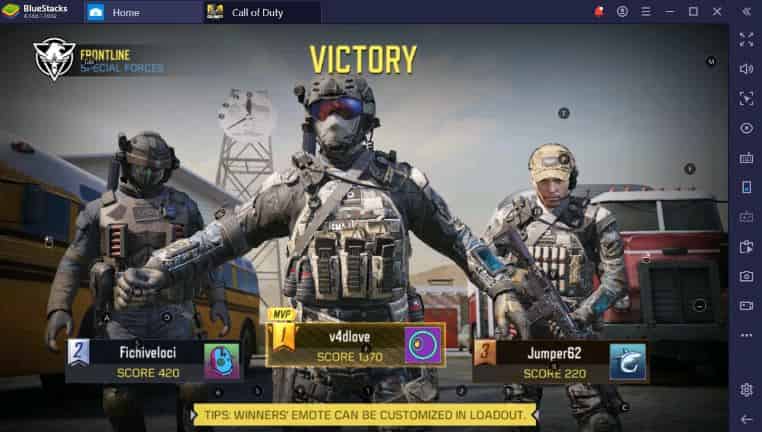 The Bluestacks is an emulator for Windows and Mac both users. This emulator works same as Tencent Gaming Buddy and Nvidia GeForce Now or others. You can play most of the android games here. The UI is simple. You will get a keymapping that helps new gamer on an emulator for using buttons.

The function runs smoothly, and the capability of high graphics is excellent. It requires a graphics card on PC.

Install and Use Bluestacks: 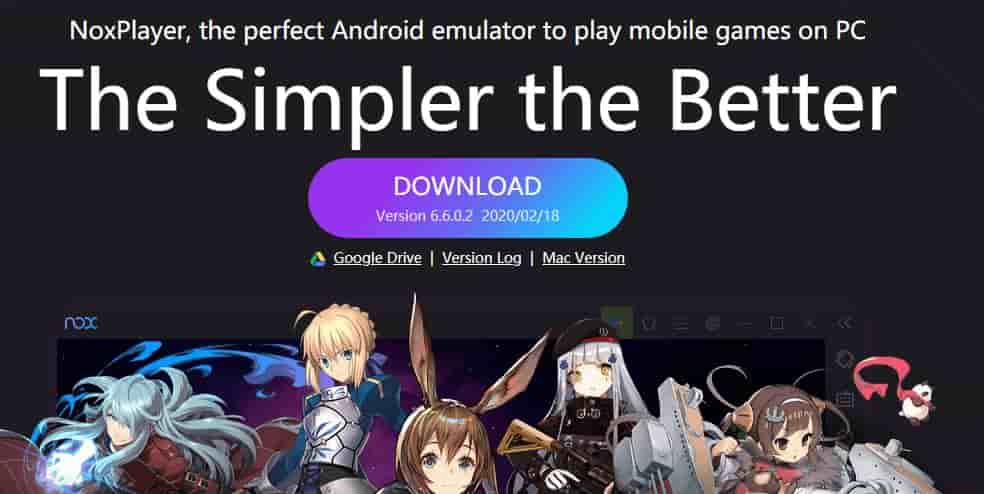 Nox Player is one of the best PUBG MObile emulators for PC like Windows and Mac. It is capable of running high FPS game with high-quality graphics. You can customize the game control. All the features are customizable. Nox Player made for gaming purpose only. So you will get the best gaming experience than others.

The size of the Nox Player EXE file is 378 MB on average. You can get the Google Drive link for fast download speed. Nox Player is available for Windows and Mac PC.

Install and Use Nox Player:

LDPlayer is one an emulator to play video games on Windows. You can play most of the android games on this emulator. The basic features are available. It also comes with some fantastic features. LDPLayer is stable on low specs PC. You can play basic and lightweight games on LDPlayer easily.

LDPlayer comes with two android versions. First one is android 5.1, and the other one is android 7.1. Some games required a great release. So here are both options for playing games. LDPlayer claims that they can provide up to 300 FPS of gameplay.

In this article, I discuss the top five best PUBG Mobile emulators for pc on windows and mac. I have used all of them. All the emulators are right on their purpose. I recommend using anyone from them. The emulator is an easy and straightforward way to play android games. I use an emulator to use some Apps when I want to test or review a new App. As an App developer, the emulator is a golden product for me.

Is it safe to use an emulator?

When you use an emulator, that means you have a virtual android device. In the virtual machine, you can sign in accounts like Facebook, Google, etc. When you sign in, the virtual appliance can access your account. So for security check the activity of the report and enable two-step verification so that if the virtual device got hacked, it could recover.

Is emulator use legal?

Yes. It is legal to use and download. But don’t do any scam or spam with anyone by the virtual device. Your records always saved on the server.

Can I get root android device on an emulator?

Yes. It is possible. If you want to use a root required App on android, then download Nox Player. By default it is unrooted. But you can get root access on settings.

How much RAM emulators consume?

It depends on which emulator you are using and which App is running. Maximum on average 2 GB RAM consumes for an emulator.

Can I play other games on PUBG Mobile emulator?

Yes. You can play most of the android games, which are a little bit popular. Thus the sensors will not work on the emulator. So any game that required sensor like gyroscope will not work or unable to play.

If you don’t get default keymap of a game, you can do it manually. Just go to settings and select the keys you want to use when playing.

So now we come to the end of this article, and I hope you’d find this Emulators-focused listing helpful. If there’s still doubt on Best Emulator for PUBG, you can approach us by commenting below.

You may also like:
Best iOS Emulators For Windows PC
PS3 Emulator for PC and Android